Heavens Above! Why stargazing RVers should head to Lake Havasu. 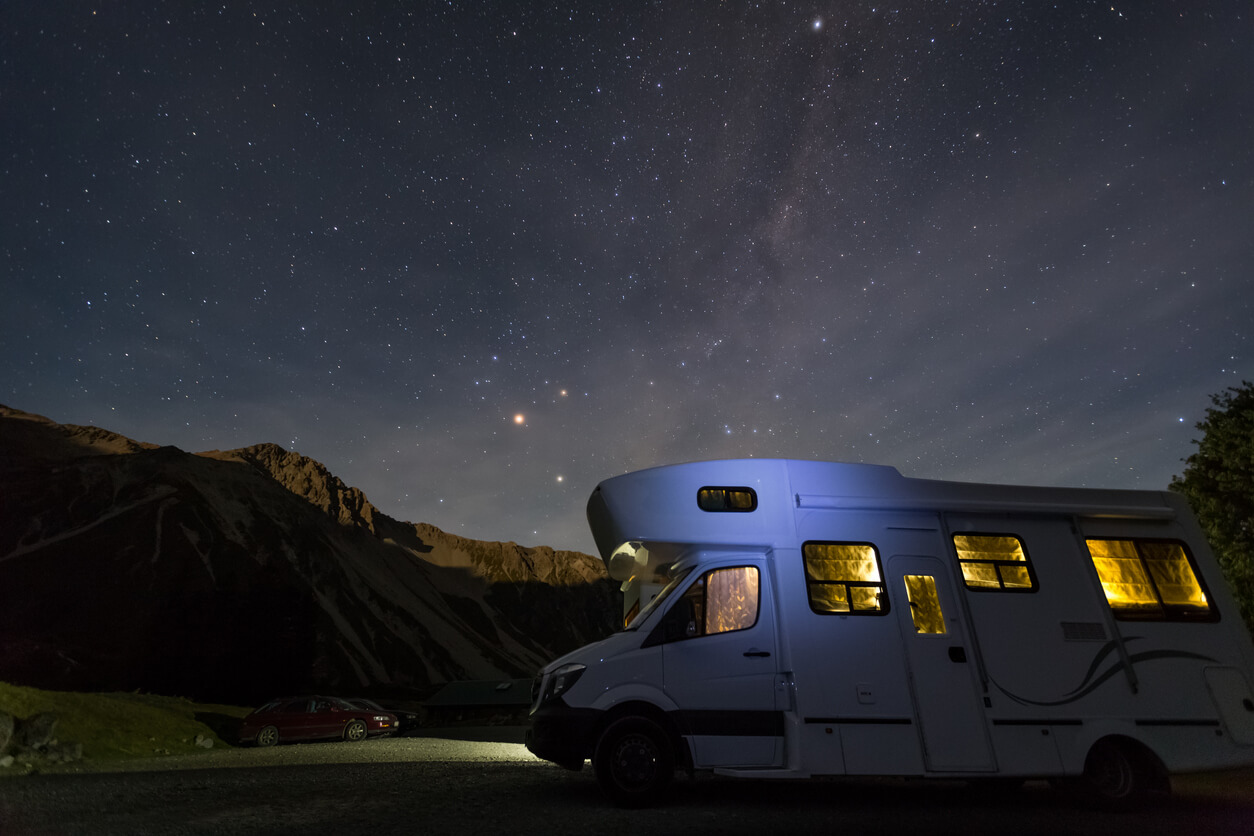 If there’s something that binds the RV community more than anything, it’s the love of reveling in the awe-inspiring nature that surrounds us. Trading in a roof and four static walls for a fifth wheeler, trailer, or motorhome, RVers literally have their world at their feet (or wheels), not to mention the heavens above them.

Gazing up into an endless canvas of stars has to be one of the greatest privileges of the RV lifestyle. Waving goodbye to the city lights and heading to darker skies to marvel at a blanket of stars above is certainly on the bucket list of most travelers. But, with an estimated 99% of the US experiencing some form of light pollution, finding the best places to enjoy such celestial sights can be challenging.

For adventurous campers, boondocking in a remote spot is a popular choice that can provide not only dark skies but also a sense of solitude that adds an extra tingle to the spine when contemplating the Great Dark Blue Yonder.

But off-grid camping with no nearby services or amenities isn’t for everyone. Solo or senior travelers may feel better staying closer to civilization, preferring instead to seek out RV parks that provide both comfort and perfect stargazing conditions.

It’s not impossible to find RV parks that provide great amenities and great skywatching. To be able to offer it, the park needs to be in an area with reliable dark and clear skies. Some of the states offering these conditions are Utah, New Mexico, and of course, Arizona.

Arizona is famous the world over for its spectacular sunsets, but the show doesn’t end after sundown. Arizona prizes its nighttime firmament so much that it is the home of the Dark Skies Movement with Flagstaff and Sedona, among others, officially designated dark sky regions.

Lake Havasu City’s founder, Robert P. McCulloch, was also a dark sky pioneer designing the city without streetlights in any of its residential areas so locals could watch the stars unhindered.

What’s Happening in the Heavens above Lake Havasu?

Riverbound goes one even better. Lying 15 miles from Lake Havasu City and surrounded by BLM and desert trails, Riverbound residents and visitors can enjoy a starry spectacle on almost any night, thanks to nearly 300 days of cloudless skies a year.

It means that residents are almost 100% guaranteed to have a perfect view of the year’s major celestial events such as meteor showers which include:

which is said to be the best meteor shower of the year.

On moonless nights, Riverbound residents don’t need to step far from their RV to enjoy the sight of our own solar system; the Milky Way arches high above them in summer and Mercury, Venus, Mars, Jupiter, and Saturn all appear visible to the eye.

Almost as thrilling is to spot the International Space Station hurtling above, or of course, the chain of Starlink satellites recently launched into the Earth’s orbit. Now that’s a sight for sore eyes!

While the experience will never fail to fill you with wonder, you can enjoy it even more if you know what you’re looking at. Some good apps and websites that help you to read the night sky are:

You can also read up on what to look out for in September in Arizona here.

Getting the Best View

Without a doubt, the best way to view the stars is through a telescope, but if that’s not possible a pair of binoculars will show you deeper into space, especially if you’re looking towards the Milky Way.

And you don’t even need expensive photography equipment these days to take photos of the night sky; some of the latest smartphones include up to 3 cameras and long exposure and will work well enough for you to record the memory.

At Riverbound the sky is really the limit! We can’t wait to share it with you.

PrevPrevious31 Surprising Jobs You Can Do From Your RV
NextWhere to Have a Blast in Arizona, Part 1Next